How Will County, Illinois Came To Be: A Brief History 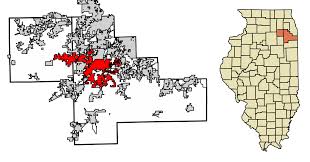 Top Tier House Cleaning Service is proud to serve historical Will County. We want to share knowledge of how this land came to be so you can appreciate its history just as much as us.

Will County is a land rich with history and settlements. A prairie full of meadows and timber, the Indians praised this landscape for its fruitfulness and fertile soils. The first settlers known to make claims on the land were Charles Reed, Joseph and Eli Shoemaker, John Coons, and George and Henry Linebarger. What is now knows as “Reed’s Grove” is where Charles Reed and the Shoemakers made their homes. John Coon’s and the Linebargers settled on the Grove by Jackson’s creek. These families were the first of many to come and start their lives on the same land we know so well today. There were no roads leading to other cities in the county as we know now, there were only trails leading to other settler’s homes nestled among groves.

The name of Will County can find its history in the story of Hon. Conrad Will. He lived and served the state of Illinois from 1815 until he died in 1835. He was an ambitious man who walked a different road than what was expected of him. Raised on a farm, Conrad tired of the work of his father and decided to attend medical school. He received his doctor’s degree in Philadelphia and then went on to spend nine years traveling the region practicing his profession and accumulating properties. He decided to leave Philadelphia in 1815 and officially settled down with his family in Kaskaskia, Illinois. Conrad soon became acknowledged by the community for his intelligence and ability to express his valuable thoughts. His land became part of Jackson County, and he was appointed as a county commissioner. Will’s success in politics grew and by the time of his death he had served as a member of the Legislature, state representative, and state senator. After his death on June 12th, 1835, Hon. Conrad Will was honored for his service to the state by the forming of a new county, Will County.

The Story of Joliet

The story of this village started before settlers came and built their cabins and farmed the land. The story began when Louis Joliet and Father Jacques Marquette navigated up the Des Plaines River in 1673. They were pioneers of the land and made camp on a large mound a few miles south of present-day Joliet.

Joliet became an official village in 1833 by James B. Campbell, treasurer of the canal commissioners. During that time it was referred to as “Juliet” by the local settlers. The name changing to Joliet in 1845. The town became known as “the city of stone” for the quarrying of limestone. After it’s completion in 1848, the Illinois & Michigan Canal was both a consumer and transporter of stone. The town that was known for stone transformed into the “city of steel.” Joliet became popular for its production of steel in 1869 by the Joliet mill. Steel productions brought immigrants, such as the Irish and southeastern Europeans, to work in the mills and on railroads that went through the region. The city attracted several businesses after the success of the steel mills, and numerous industries grew and multiplied into the city we know today.

Known for its museums, canal attractions, and successful businesses, Joliet is a remarkable city.

Scattered throughout Will County are museums and historical sites for the residents to learn more about the heritage of the land. Listed below are some of the museums Will County has to offer.

The Will County Heritage Village displays eight different historical buildings, with one in process of being rebuilt. Each building was moved to Lockport from a different location in Will County. Take a tour through this remarkable neighborhood and step into a different time. Before you start your exploration of the village, start at the Visitors Center building. They will give you information and history on each of the buildings. Below are some of the sites you will see.

A two-cell holding facility for criminals built in 1881.

A one-room schoolhouse built in 1856 that was used by the Homer Congregational Church until 1957.

An old farmhouse built and occupied in 1863.

This museum houses the main gallery exhibit that shows what life was like in Joliet and how people lived. It displays audio-visual presentations, life-size models, and screen visuals so you can fully engage in the history of the land. The museum also has a step-in Lunar Lander Simulator to enhance your exploration of the time. Joliet Area Historical Museum is located in downtown Joliet, at the intersection of Cass and Ottawa Streets. View directions here.

This historical building is the original headquarters for the canal. Built in 1837, this museum has 10 rooms with artifacts, documents, and pictures from that time period. By walking into this building you will walk back in time, a time when the canal was in full operation and gave life to surrounding areas. A museum staff member will guide you through the exhibits of each room. Admissions are free. This building is located on the corner of W. 8th Street and S. State Street in downtown Lockport. View location here

For years criminals of the past served their time in this majestically haunting prison. Built in 1858 with operation lasting until 2002. Now, this site is home to a park outside the prison which has eight information kiosks. The kiosks will give details about how the inmates lived and historical facts about the building. Access to the inside of the prison is not available yet, but tours are in the making. View location here.

Located in the Old Congregational Church, this 1839 building has been restored to its full beauty. Now it’s a museum housing historical photos and documents about the Illinois and Michigan Canal and the history of the region. Gladys Fox Museum is located in Lockport, on the corner of East 9th Street and S. Washington Street.

These five museums are only a taste of the rich history this land has to offer. Any street, park, or natural heritage area is laced with the stories of the past. Will County is a distinguished landmark for beautiful towns, maintained neighborhoods, and varied activities.
Top Tier House Cleaning Service of Joliet, IL is proud to be located in the remarkable land of history and success of Will County.